Let’s start with a small and fun exercise to introduce ourselves to C programming and Arduino. Follow the diagram below to assemble your circuit. 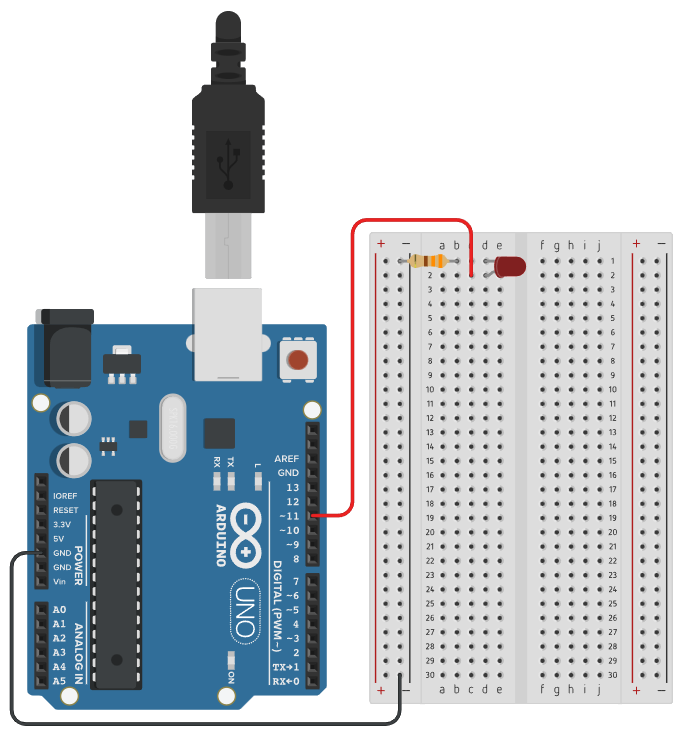 Once the circuit is assembled, copy the code below into the sketch. Then compile the sketch, click the “✔“, and upload, click the “→” at the top right corner.

What is a Variable?

A data item whose value can be changed throughout the program.

These are examples of some words that cannot be used as variable names as they are special words used in C programming. 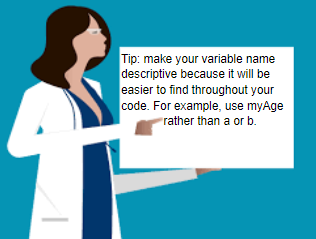 To declare a variable:

Variable types will be discussed in the next lesson. For the following exercise use int and only use whole numbers like 1, 2, 89 and 24.

A data item whose value cannot be modified or changed once defined. Constant can be thought of as a closed box, once you put an object in it cannot be changed. Their value remains constant throughout the entire program. The keyword ‘const’ is used to make a value constant.

Similar to declaring a variable, add “const” in front.

Try to identify whether or not these variable names are acceptable:

To review what you learned answer the following questions:

Open up your Arduino Software IDE. Visit arduino.cc/guide if you need help downloading it. (adding “//” in front of a sentence tells the Arduino that the following sentence is a comment, where it is used to write down notes)

The code above should print out

To redefine a variable, write int myAge = (new value) at the beginning of void setup.

The output shown in the serial monitor will be the new value, 21.